Billie was born in Downers Grove, IL in 1942, the first child of William Montgomery Bachman and Barbara Ann Bachman. Her brother Brian Richard Bachman resides in Gig Harbor, WA with his wife Angela. Billie was predeceased by her younger brother Bruce William Bachman.

Billie grew up in La Grange Park, Il. She graduated from Lyons Township High School and then earned a BA from the University of Illinois Champaign-Urbana. She met her husband John Eastman Littlemeyer at the University of Illinois. John’s financial and accounting profession took them from Illinois to West Virginia and then to Holland, OH where they resided for many years.

After John’s death, Billie moved to Hamilton, MT where her brother Brian lived, and then to Prescott, AZ to join her daughter.

Billie and John had two children, Amy Jean and David.

Amy remembers her Mom over the years enjoying bowling, Bridge, volunteering at the Elmhurst House of Friendship in Wheeling, WV. She loved to read and was always home when she and David came home from school.

David has many memories, he knew she loved him, and it was matched. David is proud and thankful to have had Billie as his Mom.

Billie will be interned at St. Paul’s Episcopal Church in Maumee, OH alongside the remains of her husband John. 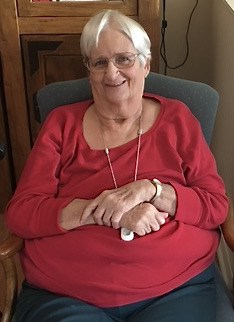