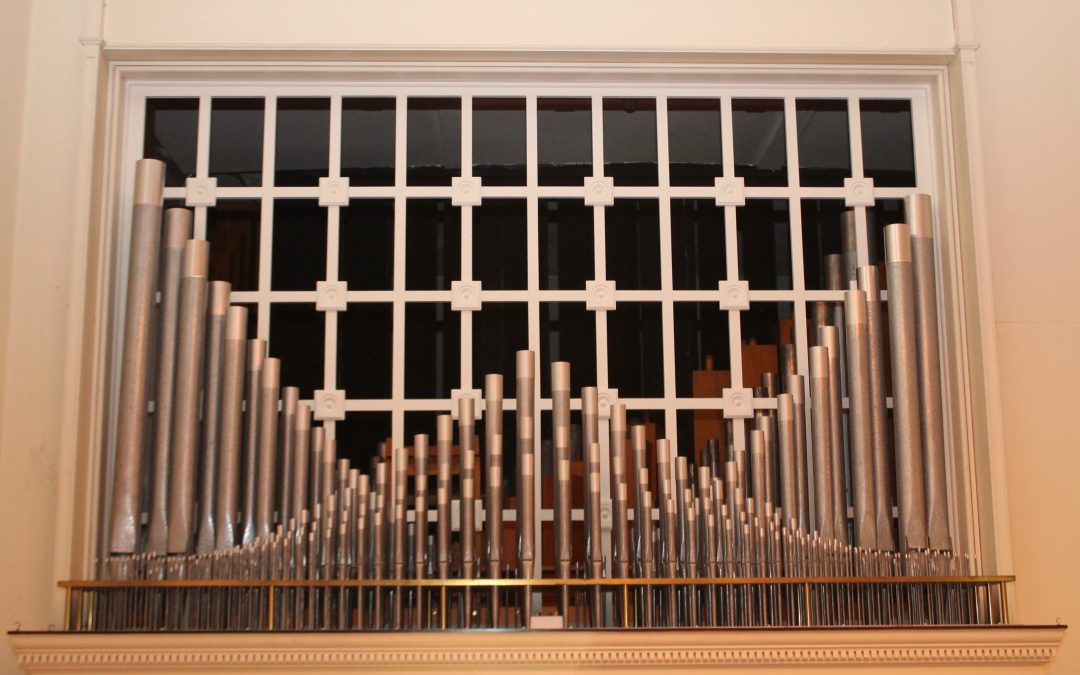 The pipe organ at St. Paul’s was first installed in 1928 as a “12 stop, 700 pipe, 2 manual” organ by the Estey Company of Vermont as their Opus #2724.  It was one of 3,200 pipe organs the company built, most being fairly standardized 2 manual instruments.  It replaced a small 1 manual reed organ of unknown origin.  The pipe work for the Estey’s organ was originally located in a room off of the upstairs tower room that now holds the sanctuary air conditioning unit.  The pipes were mostly hidden behind the walls and ceiling of the northwest corner of the sanctuary.

The organ was rebuilt in 1965 by the Muller Pipe Organ Company of Toledo.  It was increased in size to a 15 rank (sets of pipes that create a sound), 2 manual electropneumatic pipe organ.  It was then that the outside organ chamber was built and pipework was transferred from the ceiling to the chamber.  The new ranks of pipes and console were purchased from the Schantz Pipe Organ Company and the sounds of the old and new were blended together.

In more recent years, a poor heating system and lack of insulation in the pipe chamber caused early damage to some parts of the organ structure.  Repairs to the organ, and the replacement of the old woven screen with a new wooden grill façade, were a temporary fix.

In 2014, an organ committee began work in earnest to determine how best to meet the musical needs of St. Paul’s congregation.  The Muller Pipe Organ Company was again chosen to update the organ, due to the quality of their work, and their history of maintaining the organ.  The new organ has been increased to 19 ranks and 1,166 pipes.