Fourth Sunday in Easter – May 3 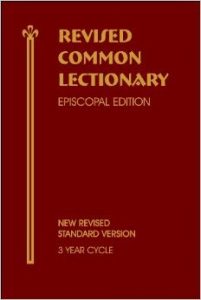 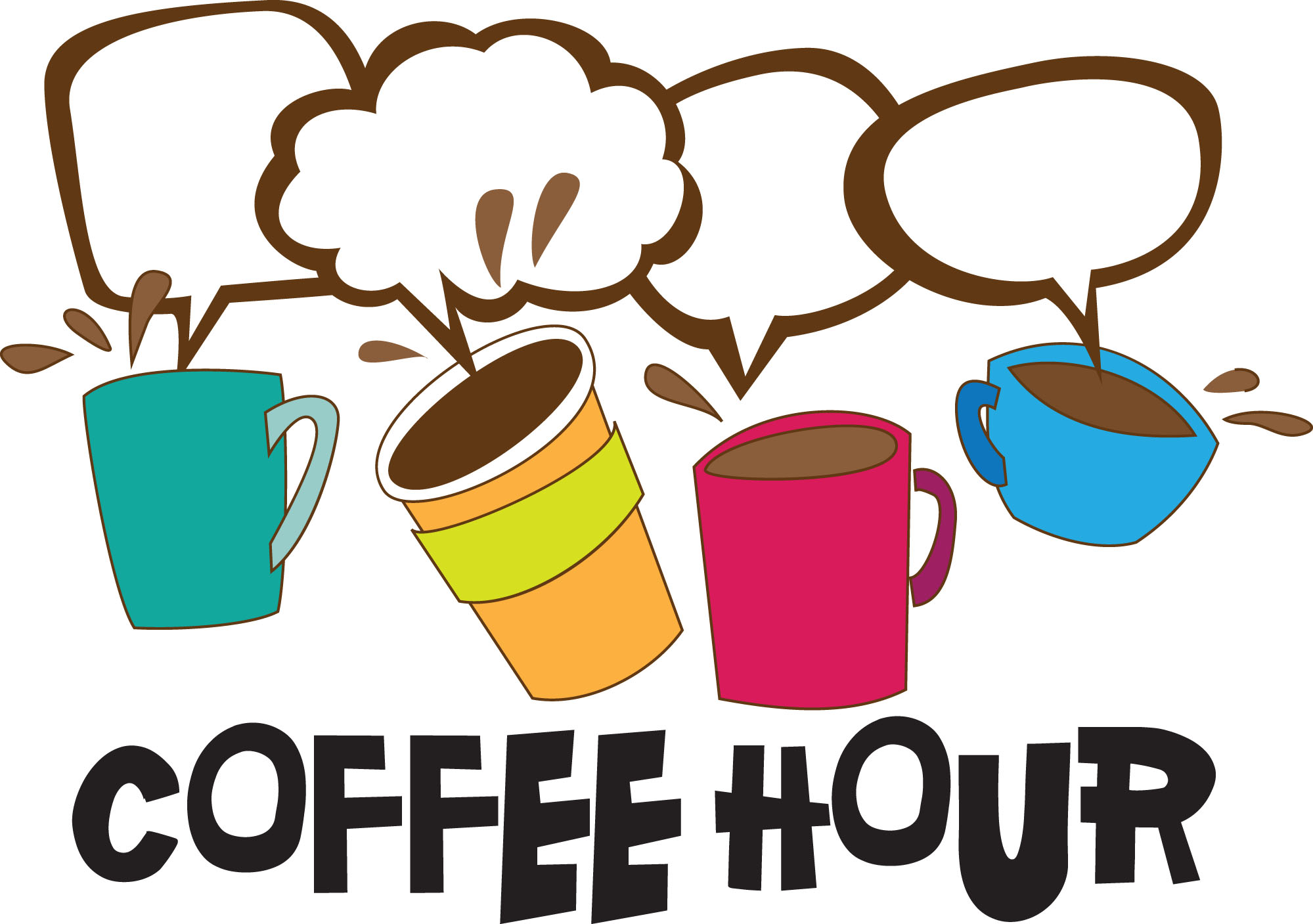 Here are some opportunities for group formation this week!

Reconciliation Team (anti-racism) – Monday May 4, 7:30-8:00.  Join us on Zoom on the 1st and 3rd Mondays to talk about resources, current events, and action steps.

Cultural Exchange with the Turkish women – Saturday, May 9, 11:00 AM.  Ladies, join us for fellowship and sharing on Zoom!

Bible study continues – Wednesday nights at 7 PM.  All are welcome any week!  We are studying Acts and stopped around chapter 6.

Walking with you on Jesus’ Way of Love, 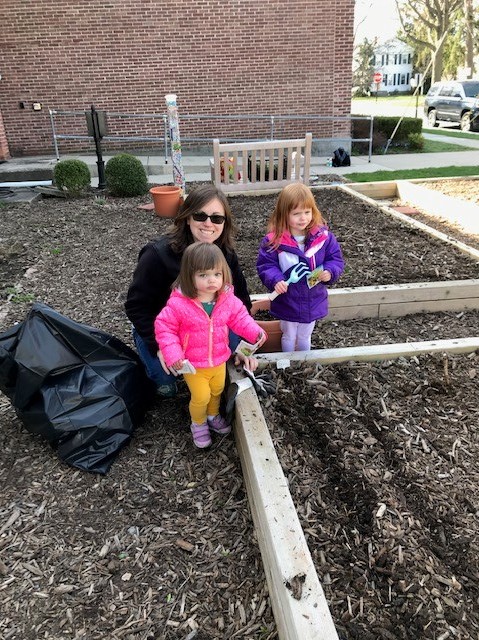 Let’s talk about a sustainable approach to food!  The Environmental Team will be providing ideas and tips.  Today’s video comes from Jane Weber, who updates us on Eden’s Bounty Garden!

A Sermon Meditation on the Fourth Sunday of Easter 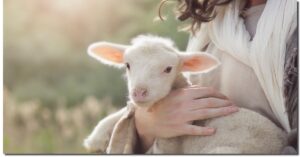 This is the fourth Sunday of Easter.  It is also the first Sunday we are livestreaming worship.  I have resisted doing it, but always knew livestream is the future and I must get with the program.  There is quite a lot of technology involved in getting it done right.  We had a miserable fail with livestreaming on Good Friday.  I wanted to be sure everything would work.  I am grateful to Jennifer, Brad, and Jane.  The four of us are livestreaming Morning Prayer, even though the sermon is pre-recorded.  Bekah Vasquez is our director and camera operator.

Today is also Good Shepherd Sunday.  The Gospel is focused on Jesus as the good shepherd, John, Chapter 10.   Jesus was fond of shepherd and sheep terminology.  He used it often as an allegory for our spiritual lives.

This is an old sermon.  I have preached it before, more than once.  But the relationship of sheep and the good shepherd is so poignant, I feel compelled to bring it up from time to time.

Many of us take the good shepherd for granted.  We assume the allegory is about the lamb who is slain.  The shepherd lays down his life for the sheep.  But the allegory doesn’t stop there, and we miss the deeper point because we don’t know sheep. Jesus used agricultural vocabulary.  He spoke in ways the people understood exactly what he meant.  We may not always comprehend.  We are not farmers.  We don’t know anything about sheep.

I begin with a question.  Are you a cow? Or a sheep?  The distinction is important.  The answer helps us understand our relationship with Jesus.

I grew up in Texas.  My best friend in Lubbock was a kid named Tim.  He was a real cowboy.  Or to be more specific, his father was a real cowboy.  His father owned a feedlot.  This is a facility where he raised cattle.  It was very large and had a capacity of maybe a quarter of a million cattle.  They were in pens, rather than free range.  This is a whole lot of cattle in a small space.

I spent several weeks with Tim working in the feedlot.  I was probably 15 years old.  The first day, they told me to load a pickup truck with hay. I could barely lift the bales.  They were so very heavy. By the end of the week I was lifting the bales above my shoulders and throwing them into the pickup truck.  Then we took the truck out in the yards and fed the cattle.

On occasion, a cow would get out of their pen.  It didn’t happen very often, maybe four or five times a day.  But with a quarter million cattle, that’s not often.  So we drive down the lane with the truck and a cow is in our way.  It can’t move over because it’s not that smart.  But there isn’t room to move over.  Feed troughs on the left and right.  The cow just stares at us and doesn’t move.  We honk the horn.  The cow doesn’t move.  We honk again and the cow moos back at us.  It doesn’t move.

The point is we drive the truck very slowly, honking and hollering and eventually the cow moves down the lane.  We have to push it to go anywhere.  That’s how the cowboys moved the herd on the Chisholm Trail. Yippee Ki-yay!  Get along little dogies.

Sheep are very different.  Sheep can’t be pushed.  Instead, they are called.  They know their shepherd and they know his voice.  He calls and they come.  They won’t listen to another shepherd.  This is how you can have two or three flocks of sheep at one watering hole, with no fence.  The shepherd calls and his sheep follow him home.  The other sheep don’t follow.

So are you a cow or a sheep?  Do you have to be pushed to go anywhere? Or do you know your shepherd’s voice and you follow when he calls you?

Here is another lesson about sheep. I was taught this by a sheep farmer.  How many sheep does it take to make a flock?  The answer is four.  If you have three sheep, you don’t have a flock.  If you have four or more, they will flock together.  Jesus knew this, as did the people who listened to Jesus.

Why does it take four sheep to make a flock?  There is safety in numbers.  The sheep are in the pasture and they know the big bad wolf wants to get them.  The best way to protect themselves, when the shepherd is not there, is to gather together.

Jesus said whenever two or three are gathered together in his name, he is in the midst of them.  Jesus didn’t make this up.  Well, he said it, but he didn’t invent it.  We gather together for safety.  We see two or three gathered together and we want to go there.  We want to be in community.  We become a flock.  There is safety in numbers.  And our shepherd provides more safety.

We already have a community.  We have a church.  We just can’t gather together like a flock.  Yet the big bad wolf is still there.  We need safety in numbers.  We need to be together.  Jennifer Vasquez has been managing our website.  She put a fun meme on the home page.  It says “the church is not empty – it’s been deployed.”  I really like this.  We must continue to take care of one another.  What can you do at home?  Pick up the phone and call someone.  Let them know you care.  Do anything you can to put love on one another.

So I ask again, are you like a cow or a sheep?  Do you need to be pushed to go anywhere? Or do you hear the call of our shepherd?  His name is Jesus and we know the sound of his voice.  It sounds like love.